3 steps to convert wimpy lashes to REAL long and healthy lashes!! (no falsies)

I want to share with you guys one of my favourite eyelash looks lately. Rachelle and I have been quiet because we just came back from our mediterranean cruise holiday ! yay!

How to batter eyelashes that are real! It's a 3 step approach but it DOESN'T INVOLVE FALSIES!! 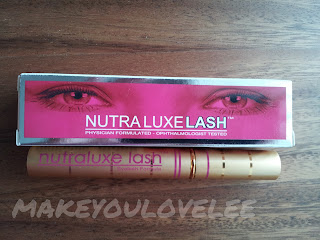 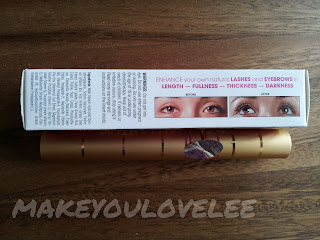 This is a serum that you paint along your eyelashes like you would a liquid eyeliner.  It shows real results in 2 weeks if you apply twice a day. It thickens and lengthens your eyelashes.  It can be applied to eyelashes or eyebrows in areas you feel are sparse.  It only thickens hairs and follicles where it already exists and not in places where follicles were never present. So eg if it is a scarred area or you are naturally not so hairy it may not have the desired effect.  This is not an individual downfall of the product but any "lash stimulating" product on the market is limited by your natural number of hair follicles.

Actually the instructions say just use once a day.  A beautician in Hong Kong introduced it to me a couple years ago and she was raving about how she tried tons and this one actually works and shows results fast! She told me to apply twice a day to get it going.  After I noticed results I went back to once a day (as recommended by manufacturer) for maintenance.

All lash enhancing serums work on including a prostaglandin in the ingredient which are also included in glaucoma medication eyedrops.  In optometry school we used to learn that a side effect of the prostaglandin eye drop in the treatment of glaucoma disease is that it may darken the eye area and also cause thicker eyelashes.  My optometry friends (girls) and I always thought that wasn't so negative a side effect, most of us were asian anyway- darker eyes than we already had was not an issue.  Our usually wimpy short lashes however...were.  We just didn't know that a couple years later that doctors would use this in a cosmetic application safely - for real!  The first and most recognized drug/application for lash enhancement was actually Latisse.  It requires prescription from your doctor but I think it is more a matter of request rather than the doctor denying you of it.  It was not a particularly affordable product though.

Later the market is flooded with a variety of products that claim the same effect.  I won't say they don't work but I can't be sure either.  Feedback is very mixed. 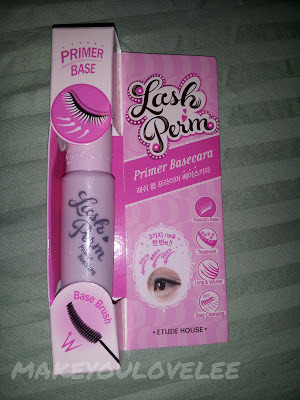 LOVE this stuff.  It has a bent smiley face wand that helps curl lashes as you apply and the basecara is a greyish substance.  On the box the English description says it is a lash conditioning undercoat that has a unique polymer  that helps mascara stay on for a longer fuller look. 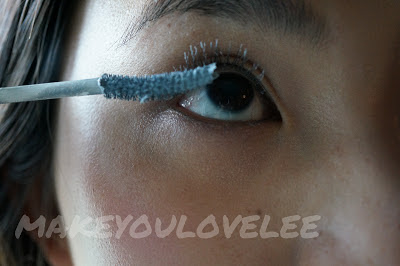 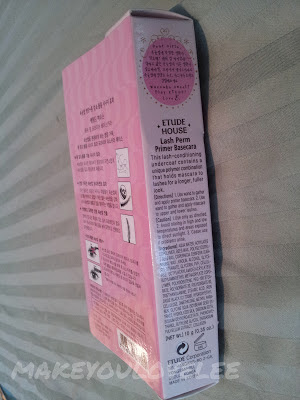 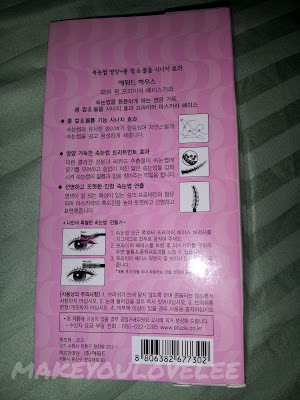 You can see that it probably helps build your lashes to be longer by extending it with little 'fibres' as the basecara dries in little "spikes".

You apply it like mascara, one coat of it before you apply the actual mascara.  You do not need to particularly wait for it to dry.

I find the basecara really helps separate the lashes when I'm using Lashionista (Maybelline mascara).  Without it the Lashionista still gives similar length but the lashes will tend to clump in longer spikes rather than having separated dense looking set of lashes.

Basecara also claims it helps mascara wash off easier.  I tend towards non-waterproof mascara anyway so washing it off was never an issue.  I think it does help A LITTLE in washing/removing waterproof mascara long as you are not applying too many coats of mascara...So in short - it KINDA works but don't count on it to be magic.

When I use this basecara - I mainly like it because it helps (in order of favourite advantages)
1. condition lashes
2.add volume and length without clumping
3.curl
4.base to help cleaning mascara off a bit easier.

I usually only use mascara with good smudge-resistance anyway when it is used alone so I don't necessarily rely on it for helping mascara "stay on longer" as their advertised advantage.

It doesn't seem to be available on the Canadian (maybe even USA??) market at the moment even though it is by Maybelline NEW YORK but it brags in Hong Kong to be the number 1 selling mascara in Japan.  In Hong Kong youth culture we often are drawn towards Japanese or Korean beauty, pop and fashion as the trend setters so I decided to buy it even though I have a lot of mascara unopened etc lying around at home.

It might be  a drugstore mascara but surprisingly if I convert the currency from HKD back to CAD I almost pay the same if not maybe a little more for my Clinique mascara. Go figure.  But I actually think it's worth it.

It's effect is extremely similar to the Clinique Lash Power that I have written about before here.  But this is even BETTER.

So in short it is oil and moisture resistant and doesn't/smudge onto my eyelids as the day goes by.  It extends the lashes by almost..."attaching" these fibres that you can see forming as you pull the brush out of the tube and see the excess mascara gathering on the mouth of the tube is spikey fibre like.  When you brush through it's almost like attaching these fibres along the length of your lashes and then building on itself after that.  As with any other structure if it is too 'top heavy" with no real support then it will start crumpling sideways - which is what may happen if you are over ambitious with your application.  With experience you will know when to stop and when it is too many coats haha.

I find the Etude House basecara really helps to separate the lashes, avoiding clumping with this mascara.

It will require at least 2 coats.  I curl my lashes after application by resting my lashes on the length of my index/pointing fingers and pushing my finger upwards until the mascara dries and sets (about 10-15s). Ie point your fingers towards the bridge of your nose along the length of your eye,  but have your lashes resting in a bent position on your fingers.  This saves my lashes from  potentially getting damaged or weakened by the clamping action of a curler.

In real life the end result is super cute in the innocent wide eyed way. 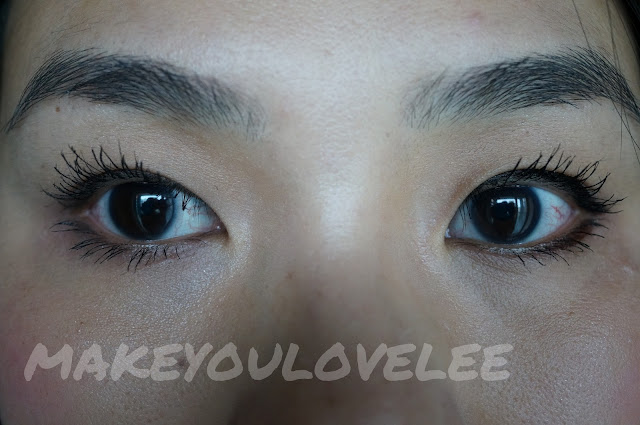 If the weather is a little bit humid causing you to lose your curl during the day, or you want to save time with getting the mascara to dry in the curled position by using the method i described above, often I might apply a coat of waterproof mascara on top so that it will set and dry the product underneath faster.  Because you already primed your lashes with non waterproof mascara and only coating the waterproof mascara on the top - end of day cleaning is just as easy, or almost as easy as washing off just the non-waterproof mascara.

Posted by makeyoulovelee at 17:23 No comments:

makeyoulovelee
2 Sisters-in-law experimenting with their makeup, beauty and DIY fashion projects. Connie is an Australian optometrist relocated to Canada for her long-time-long-distance love. Now she's found more time to pursue her interest in beauty/cosmetics. She likes to tell herself playing Dance central on Xbox can kinda replace the need to go to the gym for cardio...; Rachelle is a Fashion Merchandising student, though her ultimate love is DIYing in front of the TV. She's addicted to the high she feels after finishing a project (and it actually turns out well)!